When autocomplete results are available use up and down arrows to review and enter to select..

The partner of Italian companies for factoring services

We were created in 2009 as a factoring company, to meet the Italian companies’ need to support liquidity and strengthen their cash flow management. We offer a wide range of services for the factoring of receivables, dedicated to exporters and to suppliers to the public administration and large Italian industrial groups. We distribute our products through our commercial network and we have in place various collaboration agreements with organisations such as Poste Italiane, local bodies, business associations, and local banks.

SACE FCT is registered at no. 86 in the List of Financial Intermediaries provided for by Article 106 of the Consolidated Law on Banking (TUB); it is also an active member of the Italian Factoring Association (Assifact).

Alessandra Ricci currently holds the position of Chief Executive Officer of SIMEST. Previously in SACE she held the position of Marketing & Underwriting Director, Chief Business Officer, Corporate and Investment finance Director and head of New Markets. Before joining SACE, she worked for ten years in Mediocredito Centrale where she handled Project Financing for international projects in Europe and emerging markets.

Simonetta Acri has been in SACE since 2003, where she has held various key positions, contributing to the development of new operational areas and giving a significant boost to the commercial network. Previously she worked at Regional Head Structured Trade & Export Finance for the Corporates & Investment Bank Division of Deutsche Bank, in charge of the Italian market and South Eastern Europe, and was head of the Trade Finance unit at Morgan Grenfell. She now holds the role of Chief Sales Officer. 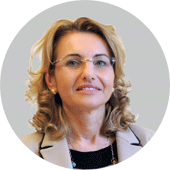 In SACE since 2009, Rodolfo Mancini currently holds the roles of Chief Legal Officer of SACE and Chairman of SACE Fct. Previously, for fourteen years he was part of the management team of Mediocredito Centrale (Unicredit Group) as Head of the Legal Service, Compliance and Corporate Affairs. At the start of his career he worked in Italian and foreign legal offices, gaining significant experience in structured finance and in capital markets.

Board of Statutory Auditors

List of the local bodies with which SACE FCT has signed agreements and conventions: